DMO meets with Executives of The National Pension Commission (PENCOM)

DMO meets with Executives of The National Pension Commission (PENCOM) 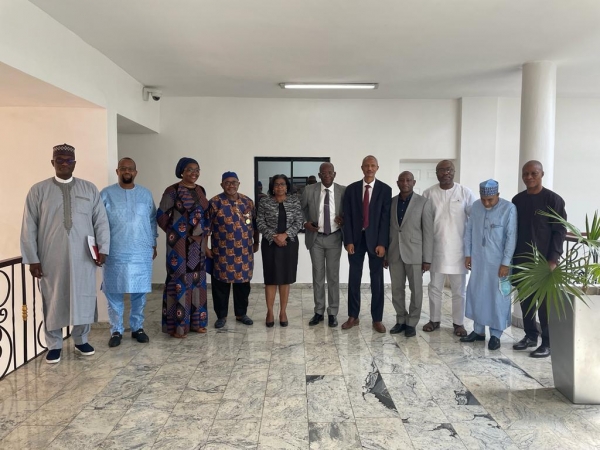 As part of engagement with its stakeholders, the Director-General, Debt Management Office (DMO), Patience Oniha, led a team of DMO executives to meet with top officials of PENCOM on December 1, 2021.

The meeting deliberated extensively on recent development in and on the plans of the two (2) institutions and concluded on areas of co-operation.

Tweet
Published in DMO In The News
More in this category: « DMO organizes Workshop for its Oversight Committee at the National Assembly Press Release: DMO Unlocks Investment Opportunity for Nigerians as Offer for Fourth Sovereign Sukuk Opens »
back to top