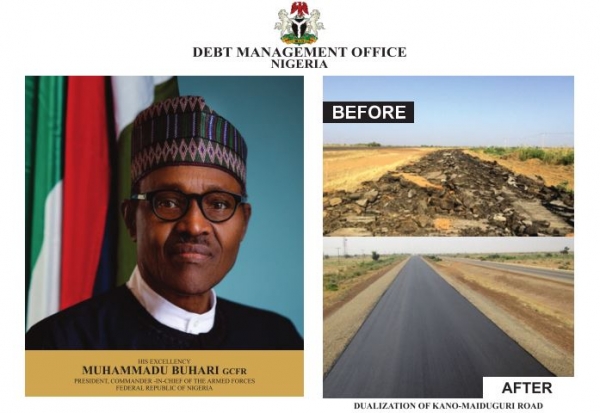 The Debt Management Office (DMO) which is the agency of the Government charged with the management of the public debt, has in its almost twenty (20) years of existence supported the Federal Government of Nigeria (FGN) by raising funds to finance various capital projects as approved in the Appropriation Acts. Whilst performing this role, the DMO has been pivotal in the development of the domestic financial markets and is credited with the introduction of new products, such as Sukuk and Green Bonds. This is in addition to issuing long-tenored FGN Bonds to enable project financing not only for the FGN but also for State Governments and Corporates.

One of the Landmark initiatives of the DMO was the introduction of Sovereign Sukuk into the domestic financial markets in September 2017 to raise the sum of ₦100 billion to finance twenty-five (25) Road Projects across the six (6) geo-political zones of the country. Based on the success of the debut Sovereign Sukuk, another Sukuk for ₦100 billion was issued in December 2018 for the same purpose, but this time for twenty-eight (28) Road Projects, also across the six (6) geo-political zones. In June 2020, the DMO extended the frontier by issuing a Sovereign Sukuk for a much higher amount of ₦162.557 billion.

The Third Sovereign Sukuk received a massive Subscription of ₦669.124 billion, which is a testament to the high level of investor awareness about Sukuk when compared to 2017 when the debut Sovereign Sukuk was issued, as well as, verifiable evidence of the Road projects financed by the first two (2) Sovereign Sukuk. The significance of raising funds for the Government through Sukuk lies in the fact that the Sukuk is project-tied.

Further, by dedicating the proceeds, the DMO is contributing positively towards bridging the gap in infrastructure in Nigeria. This is in line with President Muhammed Buhari’s commitment to infrastructural development and economic growth. Click here for more

Tweet
Published in DMO In The News
More in this category: « Presentation of N162.5557 Billion 2020 Sovereign Sukuk Symbolic Cheque to Federal Ministry of Works and Housing
back to top